Both can rewrite video (delete old files automatically). Both wide angle. ParkCity controls with LCD are much usable in car, but GoPro may be controled from iPhone (including video preview, start recordsing, change settings) using Wi-Fi. GoPro has better accumulator. Without external power HERO able to record video for about an hour, ParkCity only half an hour. Both have miniUSB power input. To be able to use it on GoPro “The Frame” or “Skeleton” cases must be bought also. It is additional 50$. Suction cup (instad of Adhesive Mounts) is also additional 50$. GPS on ParkCity make it possible to make tracks and also print speed to video.

In short the only reason to use GoPro HERO3 as a car DVR is you already have it. Or if you need action camera. In all other cases special DVR devices are better and cheaper.

to playback DVR records I actually never use native ParkCity application, but Datakam player instead. 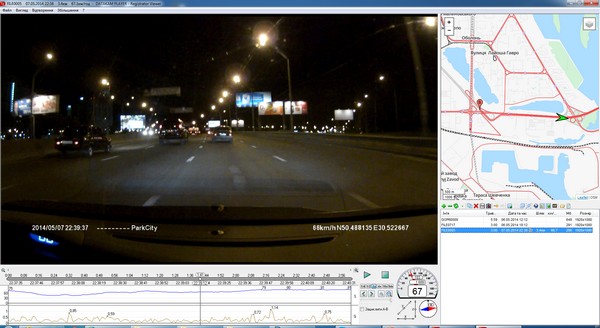